Kudos for a scientific star

Dr Brendon Gill is a Senior Research Scientist in the Nutrition Lab at our Waitoa site and recently received the Emerging Scientist Award at Waikato’s Kudos Science Awards.

Science and innovation are critical cornerstones of the dairy industry and those working on the next breakthrough in dairy nutrition are responsible for much of our Co-op’s success. However, a lot of their work goes on behind the scenes which is why it’s great when they are recognised for their work that would baffle most of us.

The awards are run by the Kudos Science Trust and are New Zealand’s only regional science awards. The Trust was established in 2007 to celebrate the achievements of the region’s top scientists, excite young people about sciences and its career opportunities and raise the profile of science in the community.

Brendon’s award recognises his work in the development of analytical methods to measure the vitamin and micronutrient content of Fonterra’s infant formula. In fact, two of Brendon’s methods are now international standards for this type of chemical analysis and are used in labs in Australasia, Asia, North America and Europe to prove the safety and quality of infant formula. These standards are important because they provide validated benchmarks for manufacturers who need to meet regulations and demonstrate compliance with the nutritional requirements of their products.

For many children, the infant formula we make at Fonterra is an important part of their daily nutrition and they depend upon it for all of the nutrients they need for growth and development, that’s why it’s important that we have ways of testing the nutritional composition of our infant formula that are quick, reliable and accurate. 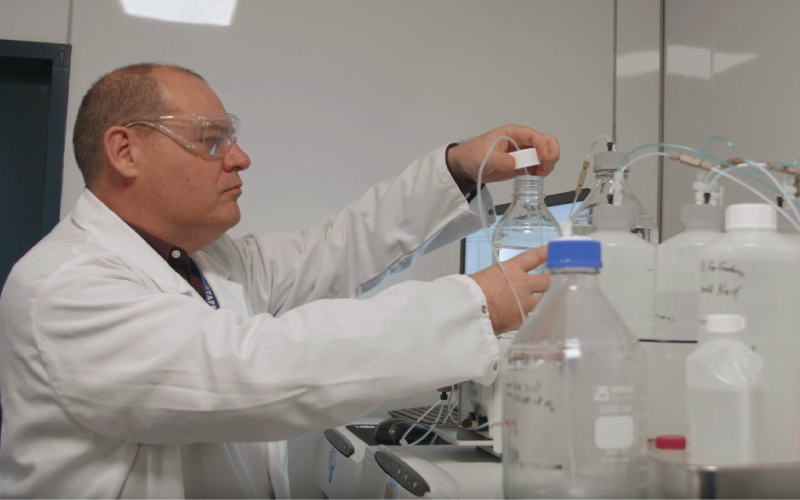 Brendon says while he is honoured to receive the Kudos award he’s also quick to pay tribute to his colleagues at Waitoa.

“To be recognised by your peers for the work you have done is great and it’s a nice milestone but winning awards is not why we do what we do and nobody wins an award in isolation. I’m lucky enough to work in a fantastic team at Waitoa and they definitely deserve some recognition too.”

The Kudos award is the latest feather in Brendon’s cap and he has an impressive CV for a scientist who only finished his PhD five years ago.  Brendon has collaborated extensively with scientists internationally in the development of infant formula standards as a member of AOAC International, a globally recognised standards organisation founded in 1884, consisting of about 3,000 scientists. He’s a Fellow of AOAC International and last year won two prestigious awards—the AOAC Method of the Year for his work analysing Vitamin D in dairy based powders and the AOAC Technical Service of the Year Award.

Rather than rest on his laurels Brendon has ambitions to contribute even more to the international scientific community. “I certainly have some personal and professional goals in mind. I would like to chair the OMB and I would also like to be President of the AOAC in the future.”

Click here to read more about Brendon and his work.