At Fonterra, we help out our communities where we can. It's about Doing Good Together.

We have served more than 50 million breakfasts, and run in nearly 1,400 schools nationwide.

Leaders in the Making 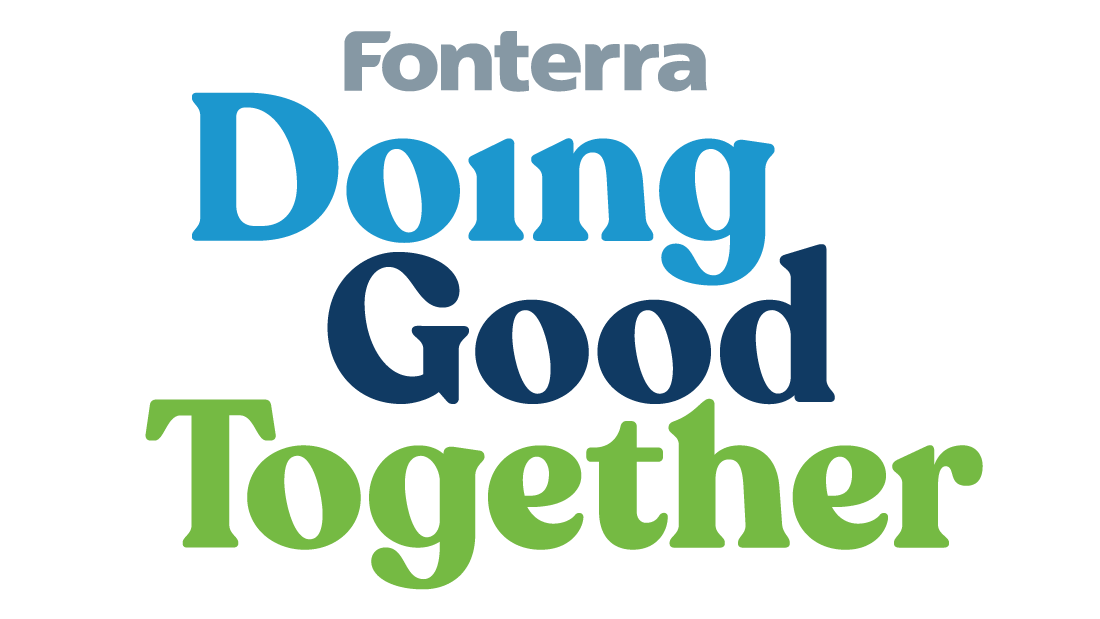 Fonterra Doing Good Together helps solve social or community issues for the success of our communities.

Through our actions, we will do the most good by focusing on creating Healthy People, Healthy Environment and Healthy Businesses.

Partnering with Sanitarium and the New Zealand Government means all of us can help create goodness for generations and give children the best start to the day – a nutritious breakfast.

KickStart Breakfast is a joint initiative between Fonterra, Sanitarium and the Ministry of Social Development.

The programme is designed to positively impact child well-being through providing access to nutritious food at school. It's helping give our tamariki a boost to both their school day and their future by ensuring they have a healthy start along with a full puku to keep them alert in the classroom.

KickStart Breakfast is the only national breakfast programme of its kind, and has been delivering Anchor™ Milk and Sanitarium Weet-Bix™ to New Zealand schools since term 1 2009. The programme is now serving over 180,000 breakfasts each school week.

In 2008, Fonterra compiled existing research to establish an understanding of food security for children in New Zealand and it was found that 10% of children were attending school without breakfast (CPAG, 2005), which was having an impact on their learning ability and performance at school.

KickStart Breakfast exists to make sure Kiwi kids can get a great start to their school day with a healthy nutritious breakfast.

Schools report since they have been part of the programme, they have noticed an improvement in concentration and children are more settled in class. The programme enables a safe and welcoming environment for children to socially connect and share each other’s experience. The support and interaction with peers, school staff & teachers and volunteers along with a nutritious start to the day helps children stay engaged for a day of learning.

It’s up to each school to provide the rest; the bowls and cutlery, the space and the people to run the breakfast club. The KickStart Breakfast team support schools sourcing equipment and how to find volunteers along with running the programme to suit their school’s needs.

KickStart Breakfast is designed to work for your school!

Schools share what they love most about KickStart Breakfast

It’s great to hear from the schools and the pupils themselves about what they think of KickStart Breakfast, so, here’s what three schools that do Breakfast Club very differently had to say:

The energy at the Breakfast Club at Beach Haven Primary School on Auckland’s North Shore was amazing. The students were all looking forward to fueling their puku for a great day of learning.

Teacher Jenny says their Breakfast Club provides a friendly space where all students feel welcome. “It’s a great way to settle into their day, have a yarn with their friends and prepare their minds and bodies for whatever the day has to bring.”

At Bruce McLaren Intermediate School in West Auckland they call their Breakfast Club a ‘Pit Stop’ (in honour of the motorsport hero their school is named after) and it’s lead by a couple of student leaders that call themselves ‘The Pit Crew.’

Two of the Pit Crew, both called Charlotte, say they really value the huge social element to the programme. “It really helps students to kickstart their socialising skills and make friends.”

Over the past 12 years, the KickStart Breakfast programme has evolved in some schools from the traditional breakfast routine and now sees Breakfast Club at various times of the day. Bruce McLaren Intermediate run their Breakfast Club during morning tea, as they’ve found it’s a more popular time of the day for students.

The best part, as Charlotte mentioned in the video “if you don’t have time in the morning, before school to get your food, you still can eat and not go without breakfast”.

Every morning the kitchen at Motueka High School in Nelson opens its doors for breakfast, where up to 90 students come together to enjoy the nutritious breakfast of Weet-Bix and Anchor milk.

What sets this Breakfast Club apart from the rest is that you won’t see any tables and chairs - instead their breakfast is served in a cup! Anchor™ milk and Sanitarium Weet-Bix™ is blended together with frozen fruits and served as a smoothie.

The school has been part of the KickStart Breakfast programme for over 10 years and gets extra support from the local community through donated fruits, toast and spreads.

The success of their Breakfast Club also comes from support from senior management as well as senior students who act as positive role models. By volunteering at the Breakfast Club they help to encourage more students to attend, giving more people the chance of a good start to their learning day.

Check out more videos on the KickStart Breakfast YouTube Channel.

We value the part we play in our community

Being part of this programme helps forge strong relationships and grow future leaders, while making valuable nutrition available to our tamariki and rangatahi.

What has exceeded expectations are the communities in and out of the schools that have developed from the breakfast clubs and some of the intangible qualities that have come with that – care, nurturing, confidence and connection. We feel fortunate (and a little proud) to be playing a role in these communities.

Find out more about the extent of the work we do through Fonterra Doing Good Together.

The KickStart Breakfast team are passionate about being kaitiaki (guardians) for our environment, and we ask all schools to join us on that recycling journey.

Check out this video that shows our 4 steps to recycling the Anchor cartons we provide to schools for their KickStart Breakfast Club!