You may have noticed Fonterra tankers driving around with red noses in the lead up to this year’s Red Nose Day.

More than 170 of the giant noses can be seen across the country as Fonterra staff do their bit to help raise funds for Cure Kids – the charity behind the event.

The money raised goes to help kids like Finn Corbin, who also happens to be the son of Fonterra farmers Jen and Ben Corbin from Orini in the Waikato.

Eight year old Finn lives with his family on their farm. Finn’s mum Jen was just 20 weeks pregnant when doctors discovered Finn had a rare condition known as hypoplastic right heart, basically the right side of his heart never properly developed.

His parents were told his chances of survival weren’t good. Despite this Finn was born on the 22nd September 2009. His first open heart surgery was just four days later. Then at six weeks old doctors discovered Finn also had major breathing problems, this combination of complications had never been seen before. 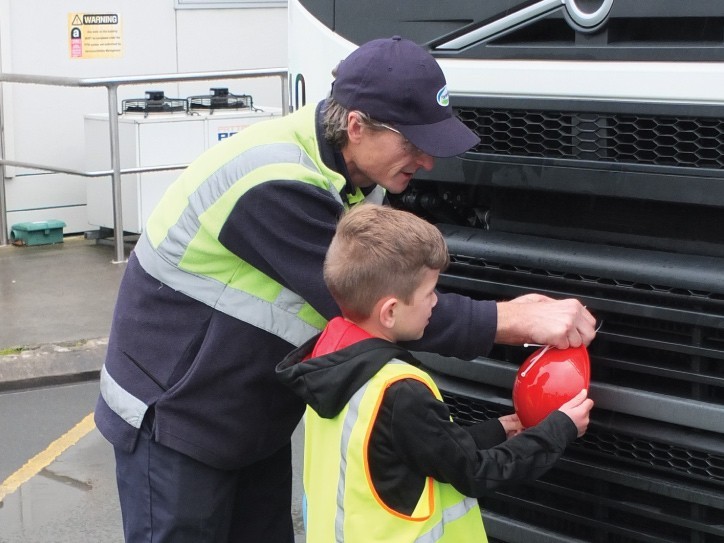 Finn is definitely a fighter during his short life he has undergone 24 operations including two more open heart surgeries and suffered two strokes. There is no cure for his condition and nothing more doctors can do for his heart.

However, for those who don’t know his background Finn appears to be like any other eight year old, he attends his local school and likes playing on the farm with his sister and brothers. He’s also an ambassador for Cure Kids.

Life's too short to be anything but happy.

Finn’s mum Jen says her son “is their little miracle and has taught her life’s too short to be anything but happy.”

Finn was certainty happy when he visited Fonterra’s Te Rapa site last week, he loved the red noses on the tankers and said it was “pretty cool” that the drivers were backing kids like him.

After getting a ride around the yard he told his mum he wished he could spend all day driving around in a tanker. 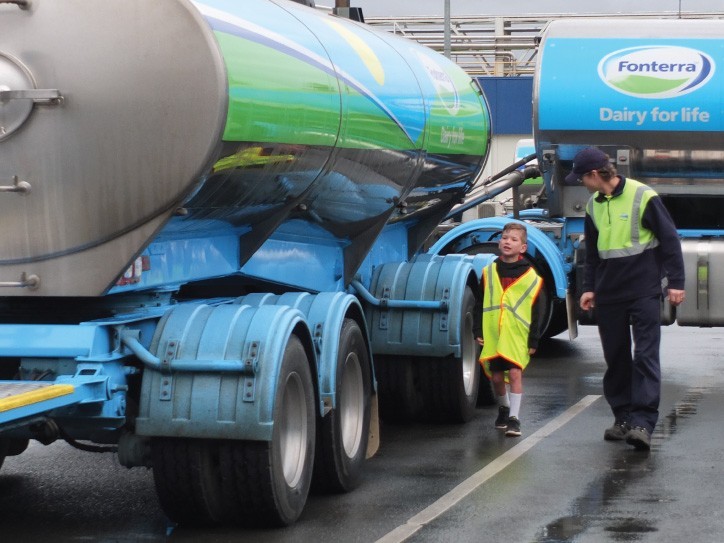 Finn’s sister and brothers joined him on the visit and mum Jen says it was great for the kids to see where all their cow’s milk goes each day.

The best way to help kids like Finn is to support Red Nose day this Friday 29 September. Red noses, badges and other merchandise will be on sale or you can donate here.

When Fonterra farmers were impacted by devastating floods that hit the Canterbury region in May, the Co-operative’s Emergency Response Team swung into action.

When Temuka-based farmer Hamish Pearse suffered a devastating fire in his milking shed in February he witnessed first-hand the benefits of the co-operative spirit of his neighbours, friends and Fonterra.

A profitable dairy farm doesn't have to come at the cost of the environment, say South Taranaki dairy farmers Jane and Damian Roper.