Fonterra Australia has taken home 48 gongs from the 2018 Dairy Industry Association of Australia (DIAA) Australian and Victorian Dairy Product Awards at an awards ceremony held in Melbourne on Friday night.

Creating belonging and embracing difference in our business

Our Cobden Quality Manager is choosing to challenge

Since the Awards began in 2008, Fonterra‘s champion dairy foods have been recognised numerous times, and ten years on our dairy foods are still going strong, this year picking up ten gold and 38 silvers at the DIAA Awards.

Fonterra Australia’s General Manager of Manufacturing Operations Rob Howell said it’s an amazing honour for our dairy foods to be recognised by industry experts who have such extensive dairy knowledge.

“We’ve pocketed awards across a significant number of categories – Butter, Spreads, Cheese, Fresh Milk, Cream, and Powders. Within these categories are some of our leading brands like Western Star™ and Duck River™ butters, Perfect Italiano™, and Anchor™ milk. 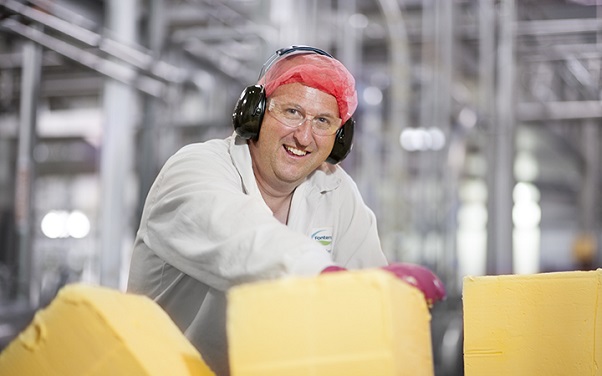 “These products have been produced by exceptional people across our manufacturing sites in Victoria and Tasmania, who strive to maintain the highest quality, of which we’re all incredibly proud.

“Great dairy foods start at the farmgate, and these awards would not be possible without the high-quality milk from our farmers – this is the key to making great-tasting, superior-quality dairy loved by both the domestic and export market,” said Rob.

The DIAA awards are held annually, and for gold medal winners it acts as a gateway to the Australian Grand Dairy Awards, presented by Dairy Australia.

Creating belonging and embracing difference in our business

Our Cobden Quality Manager is choosing to challenge