Chefs are whipping up a new way to boost New Zealand's dairy export drive - 56 chefs working in about 50 different countries, to be precise.

A Christmas carnival at Fonterra Philippines

They are part of Anchor Food Professionals, Fonterra's new food services division, which is creating a whole new way of working in export markets and with customers in those markets.

Grant Watson, head of AFP and Fonterra's Director of Foodservice, says the chefs are hired in countries ranging from China to Philippines to help boost the business performance of those customers - mostly found in the Italian restaurant (pizza and pasta), bakery and quick service restaurant arenas. 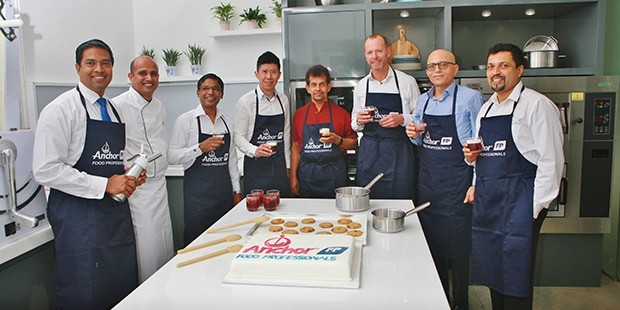 Grant Watson, head of AFP and Fonterra's Director of Foodservice.

The chefs are all of good standing and work directly with chefs and food professionals anywhere where food is prepared outside the home - cafes, restaurants, hotels, airlines, hospitals and schools.

They demonstrate not only key products like milk, cream, cheese and cream cheese but also showcase how Fonterra's innovations in their product range can drastically benefit a business.

Watson recalls a recent such boost to a bakery customer in Malaysia; the owner-operator owned about six bakeries, mostly specialising in sweet treats.

"We discovered he was using very little butter in his stores," says Watson. "So we went in with a chef and a small team. Butter is more expensive than non-dairy equivalents so he wasn't using much.

"The chef showed him how using butter makes such a difference when it comes to what he was making in his stores - cream cakes, cheesecakes, croissants, Danishes and the like. The taste and the melt-in-your-mouth factor is so much better.

That cream is amazing stuff - we've developed a way of reducing it down so it just has to be heated to be used; you don't have to spend ages reducing it yourself and it has all the taste and richness of New Zealand cream.

Grant Watson, Head of AFP and Fonterra's Director of Foodservice

"When he'd realised the difference, we drew him up a new menu, using butter products; we looked at the merchandising in his store and produced a backing board which made it clear to his customers about the attributes of New Zealand produce.

"That owner was able to put his prices up by 20 per cent on the back of what we achieved for him - and his profits went up by 150 per cent."

The AFP chefs include some sourced from Michelin restaurants, chef of the year competitions and some who have competed at culinary Olympics - and Watson says some of their greatest 'wow' moments come when they unveil innovations like the reduced cooking cream developed at Fonterra's research and development centre in Palmerston North.

"That cream is amazing stuff - we've developed a way of reducing it down so it just has to be heated to be used; you don't have to spend ages reducing it yourself and it has all the taste and richness of New Zealand cream. 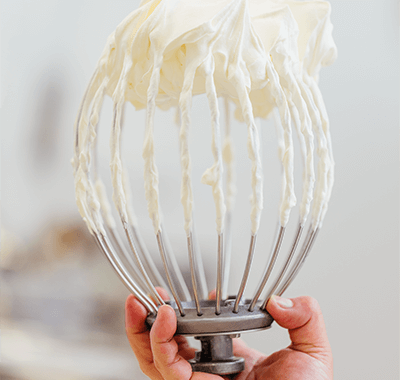 Fonterra farmer owner Bill Aubrey from the Waikato goes to some of the top restaurants in Hong Kong where he gets to see the works of art made using Anchor Food Professionals cream and Anchor butter.

A Fonterra farmers journey from rural Waikato to Hong Kong

A Christmas carnival at Fonterra Philippines

The People's Room: Providing quality of work and life for Fonterra employees