Playing our part towards a healthy climate.

Putting sustainability at the core of our new strategy means doing our bit to tackle climate change.

Recent progress on key national climate change law has given us the chance to put part of our new strategy into action.

Climate change is a challenge for every New Zealander. Collectively we must continue to address our use of fossil fuels in transport and manufacturing, as well as find ways to manage and mitigate animal emissions. A strong healthy environment is the foundation for a strong economy and sustainable dairy farming.

Collaboration will deliver better outcome than one size fits all regulation.

Getting out of coal

Agriculture makes up around half of New Zealand’s greenhouse gas emissions.

Fonterra represents approximately 20% of New Zealand’s gross greenhouse gas emissions. 89% of these emissions are from on-farm, 10% from manufacturing and 1% from distribution.

New Zealand’s dairy industry is one of the most carbon efficient in the world, 30-50% more efficient than the global average. 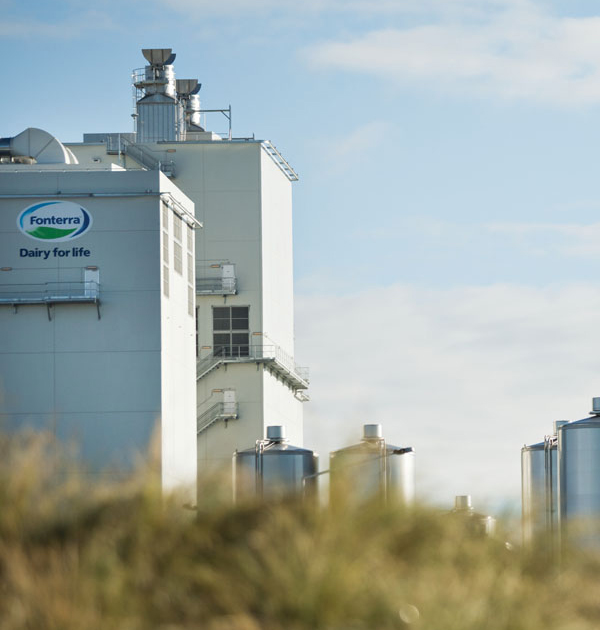 Back in March we shared thekey emerging strategic themes that are the outline of our new strategy.


Sustainability must be at the heart of everything we do. Healthy, strong communities and environments underpin sustainable, profitable food production.

We also know all too well that agriculture also depends upon a stable global climate, so there’s no shortage of motivation for us. Our Co-op has a strong appetite to do its bit alongside the rest of New Zealand to reduce climate pollution.

We will work with Government, researchers and the wider agriculture industry to get farmers the practical help they will need to meet any new targets.

Fonterra’s CEO Miles Hurrell says, “Kiwi farmers are already some of the most emission efficient producers of milk in the world, but the fact is that nearly half of New Zealand’s greenhouse gases come from the wider agriculture sector.

Our actions today will keep New Zealand at the forefront of sustainable food production. We know this means some of the ways we farm will need to change.

“Fonterra farmers are adaptable and resourceful people. Once set a clear science-based target, they will want to get on with the job and the Co-op will be there to support them.”

There have been three recent and important developments around Climate Change:

We had our say on the Climate Change Response (Zero Carbon) Amendment Bill, which on setting the long-term targets for all greenhouse gas reductions by 2050. This included targets for long lived gases (including Carbon Dioxide and Nitrous Oxide) to get to net zero, and have reductions for biogenic methane. There are two main targets for biogenic methane put forward in the Bill.  One calls for a 10% reduction in biological methane emissions by 2030. The other is reducing these emissions by somewhere between 24% and 47% by 2050.

What do we think about the targets in the Bill?

All of these targets are ambitious, but we’re up for the challenge.  We believe, with the help of new tools and innovations, we can reach the 2030 target.

The upper end of the 2050 target will be much more of a challenge and we think it should be set at the bottom end of the range and reviewed against science.

One’s things for certain, achieving these targets will require everyone - farmers, industry, Government and researchers - to all pitch-in and do their bit, something we’re committed to doing. 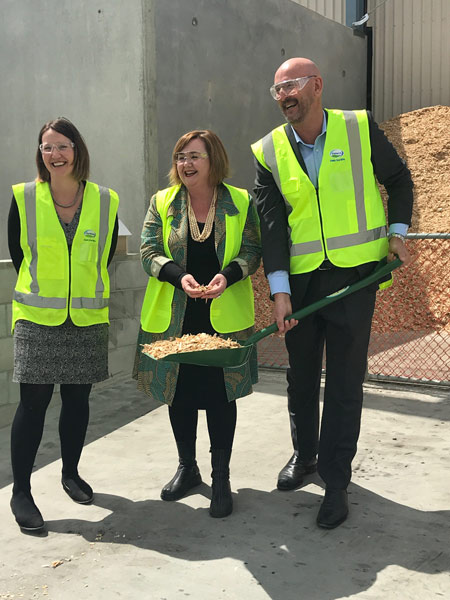 Our commitment to dealing with climate change isn’t limited to our farms.

We recently announced that the Co-op would not installing any new coal boilers or increasing capacity to burn coal.

This is 11 years ahead of our previous target (which was not to build any new coal boilers after 2030 and only to use coal as a last resort).

In some places, particularly in the South Island where there is no natural gas, there are no economically viable alternatives. For example, looking at Edendale site, the conversion to electricity would cost us $160 million and then would increase our annual operating costs there by at least 50 per cent.

This means we need a coal plan which is balanced against us remaining competitive – which is a phased approach.

Here’s what we have already been doing.


Kiwi farmers are some of the most efficient producers of milk in the world. So, we need to ensure our manufacturing sites are as efficient as possible too.

To make it a climate trifecta, we also saw a report released by the ICCC. It was mostly about whether agriculture should be included in the Emissions Trading Scheme (ETS) and talked about Accelerated Electrification.

At this stage, it’s a discussion document for the Government to consider. But the key point from the report is that the Government and the Agriculture industry both agree that farmers should start paying for their livestock emissions by 2025. How they do that is still a discussion point.

The pace of change can seem overwhelming.

We’re looking at a range of tools to help our farmers to reduce their greenhouse gas emissions.

First, we’ll be providing our farmers with a farm-specific greenhouse emission report. This report will help farmers to understand their farm’s emissions profile and help them identify the best opportunities to reduce them.

We’re also developing a product to simplify and de-risk the process of purchasing forestry for your land.

Finally, Fonterra is investing in technologies that will help break the link between milk production and methane production so dairy farming can have a prosperous and sustainable future.

We care about improving our water efficiency and water quality wherever we operate.